Coding — The ability to program and script is quickly becoming a mainstream requirement for just about everyone in the security industry. Sockets — The technology that allows programs and scripts to communicate over a network is sockets.

So most likely you will have to deal with stack overflows in c. The basics remain the same. You have to find the top of the stack of a function, calculate the address of the return point and write the beginning of your code into it.

Let's look at the code below. Let's write some shellcode that would be executed instead of returning from function to main. I'm not strong in writing shellcode and asm, so let it be simple code that will call exit with exit code 1.

The asm code is.

I used objdump to extract disassembled code of main and its representation in machine commands. The code begins from address and ends at Let's integrate the shellcode into our program. 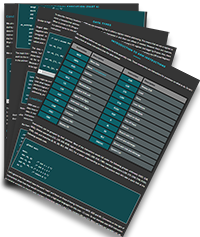 So p now points exactly to the return point. Let's walk through the execution process. Disassembled code of the shellcode is exactly the same as we have generated. Actually this shellcode won't work in the real world because it contains null-bytes. Mostly buffer overflow attacks are used against string functions from libc and they will cut this code.

A lot of interesting shellcodes you may find at the metasploit project site. Please note, I've suceeded with runnning this code with gcc I've also checked kernel. Unfortunately I don't know why this is not working.

Most likely that's not a gcc 'issue' but kernel or kernel configurationbecause my kernel 2.Writing shellcode - why? Sometimes, something ad-hoc is required example: samples from shell-storm shellcode DB Sometimes they are not in the wanted format, and you need to "convert" them assembly to hex ELF to assembly Linux / i - x86_64 - ARM.

Sockets, Shellcode, Porting, and Coding: they will arm you with an extremely valuable skill that will remain with you as long as you make the proper time and effort dedications. The next two chapters are on writing shellcode. These are pretty good chapters. One issue with these chapters is that the author's s-proc program doesn't quite Reviews: 7. Specifically, we demonstrate a technique for automatically producing English Shellcode, Writing IA32 Alphanumeric Shellcode. Phrack, 11(57), August Filter-resistant code injection on ARM: Yves Younan, Pieter Philippaerts, Frank Piessens, Wouter Joosen. Shellcode – Shellcode, commonly defined as bytecode converted from Assembly, is utilized to execute commands on remote systems via direct memory access. Porting – Due to the differences between operating platforms and language implementations on those platforms, it is a common practice to modify an original body of code to work on a.

In the first part of this series Aleksander Czarnowski covered the background information needed to understand the principles of ARM shellcoding. In this follow-up article he moves on to dissect some previously crafted shellcode. 5. Spawning a shell. Now it's time to write a shellcode to do something a little more useful.

Let's take a look at its usage from its man page.